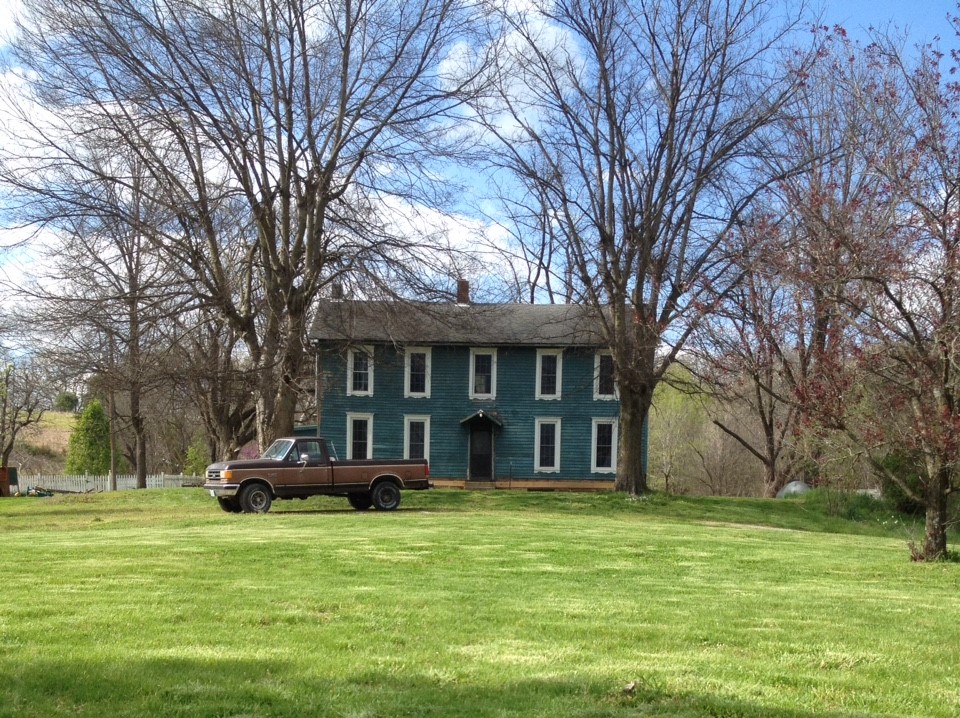 Between our apple trees, a giant mulberry bush, and lots of wild blackberries we have a lot of fruit.  A LOT of fruit.  So I make a lot of pie during the year!  The kids love helping, especially the rolling out of the pie crust.  It makes them feel “like a big kid”.  Lately I’ve been adding to the fun (and the mess) and letting the kids roll and cut out “pie crust cookies” with the left over crust remnants.  They LOVE it.

I’ll warn you now, it’s pretty messy.  But making pie with kids is messy anyway.  So whatever.  It keeps them busy for 10-15 minutes so I can get dinner on while the pie is starting in the oven!

First, if you don’t have a pie crust recipe to use this is my favorite. Mostly because the crust is not super delicate, so if you’re not a professional pastry chef, you’re still pretty much guaranteed a crust that will get into the plate without breaking into a million pieces:

Mash the lard, flour, and salt together in a bowl either with your fingers or a pastry cutter. When it looks like crumbles, mix in enough water with a spoon so that it sticks together. The amount of water you need changes based on the humidity! Divide in half (makes a 2 crust pie) and plop each half onto a floured surface and roll out.

Now for the kids’ cookies! Give the kids each a little pile of flour and a clump of left over dough. Let them roll it out however they want to. I also give them some water for their fingers that they can use to mash the dough back together if it isn’t sticky enough anymore.

I give them each some tiny cookie cutters that came with a play dough set. Small cutters = more cookies and more time little fingers are busy rolling and cutting! They put their cookie creations on a baking sheet or pan (don’t worry about greasing it).

Pie dough doesn’t taste like much so we sprinkle some cinnamon and sugar on it. You could do sprinkles or frosting if you wanted instead!

Slide in the oven with your already baking pie until browned. Maybe 15 minutes. Then cool and enjoy!

My two oldest especially love this because I let them do it 100% themselves. It doesn’t matter if the cookies aren’t pretty. Or if the cinnamon sugar is lopsided on the cookies. They got to do it all themselves and are always super proud of their creations!