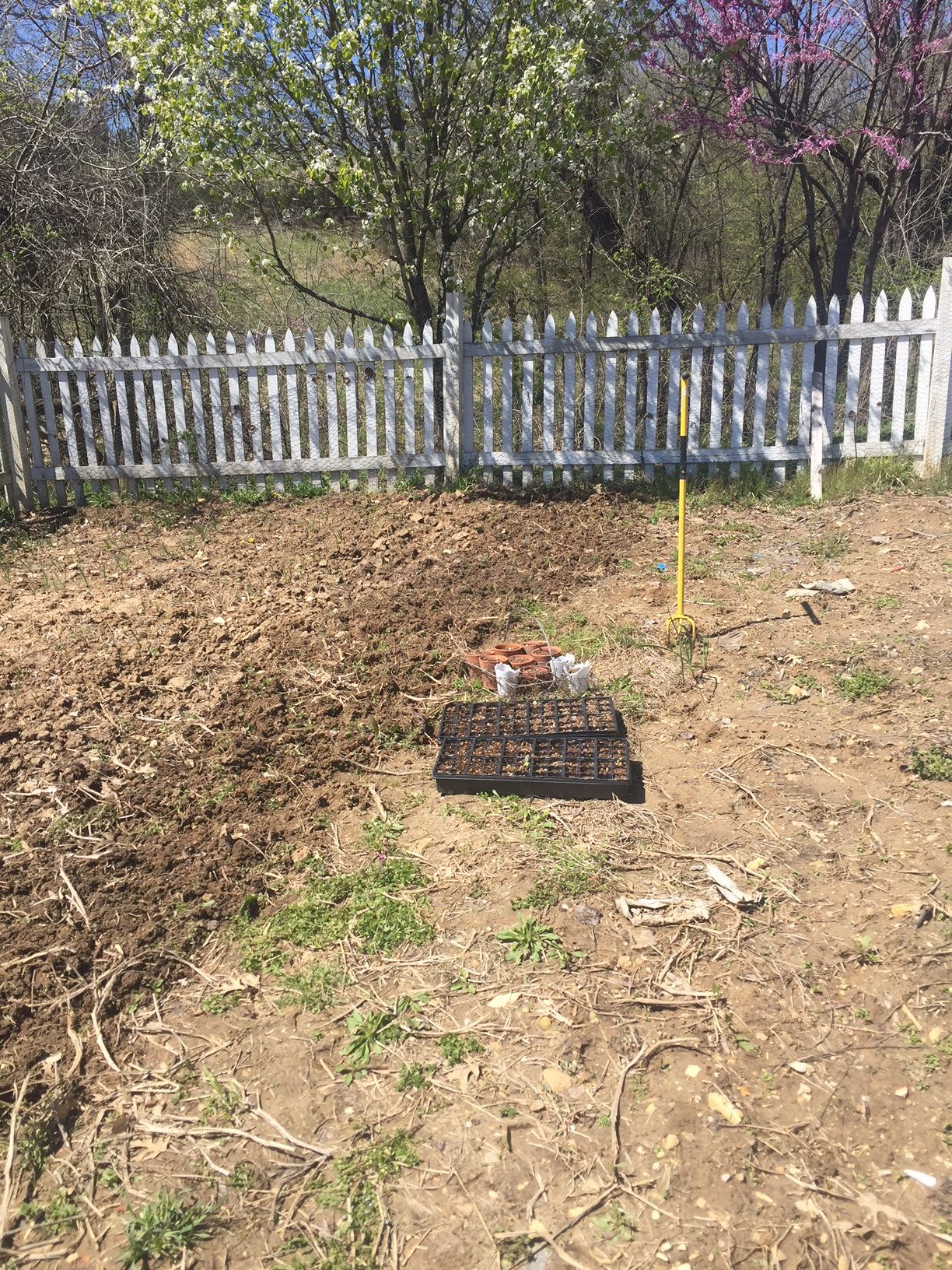 I had limited plans to plant a late summer/fall garden.  I pulled up onions and garlic several weeks ago.  My idea was I’d throw down a few things in this smallish spot in August and call it good for the year.  I know some farmsteaders go “all out” with multi-seasonal plantings, but that still seems a little overwhelming to me.

But then three rogue goats broke into the garden.

How much damage can three dairy goats do, unchecked, in under an hour?  It’s apocalyptic.  Here, I’ll show you:

I spent a couple of days wallowing.  Feeling pretty defeated and ready to just throw in the towel.  This has been a nearly impossible gardening year.  Super heavy rains and flooding in the spring and early summer caused most of my squash and cucumber plants to rot.  Corn was severely stunted from the rain.  Then being pregnant, again, made it hard to have the energy that a large row garden takes to maintain on a daily basis.  The couple of things that WERE going well, green beans and strawberries, were totally demolished now.  What’s the point?

But after a couple of days, I felt optimistic again.  I have plenty of summer planting appropriate seeds.  Got quite a bit of open space now.  So why not.  It also seemed like the perfect opportunity to test out a new gardening style.  If it totally failed, it really couldn’t fail more than it has already, haha!

My friend Tabitha swears by grass clipping gardening.  It’s on the same theory path as loading your garden down with straw between the rows: keeps moisture in and weeds out.  But straw can get really expensive when you have a big garden.  Grass clippings from the yard a free!  And I know, I know, grass clippings really are “the same” as straw.  Except fresher.  Which maybe will create a problem.  We’ll see.

I gave it a little test spot around some pepper plants last week.  They are still all alive, so that’s good!  My biggest concerns about this gardening style are: A) a couple heavy rains will lead to too much moisture retention and B) the grass will make a cozy and inviting environment for pests.  So we will see!

Being pregnant means I had to be a bit creative for prepping the garden.  The goats took care of cleaning 50% for me (gee, thanks).  However, the area that I had harvest onions and garlic from was way overgrown with grass by now.  The goats hadn’t gotten themselves over to that part of the garden yet.  I mean, that would’ve been more helpful guys.  Actually, perfect, if they had knocked that down and LEFT THE REST ALONE.  Oh well.

I can’t run the tiller  or the weed whacker safely.  So push mower it was! 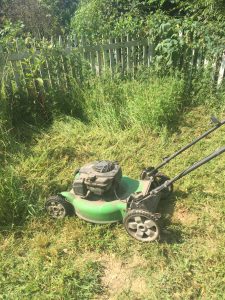 I got it all knocked down as low as possible.  I’m going to wait 24 hours, rake up what’s there, and then put down a couple big tarps to kill off the grass.  After a 4-5 days of tarping it should be dead enough for me to use my hand powered tilled to break up the dirt.  Or maybe I’ll give Sam my best googly eyes and get him to run the big tiller through there. In the meantime, I’m going to make Sam put the bagger on the push mower and make me a big pile of clippings to spread over the area once it’s prepared.  Then I’ll be readying to plant!

I’m interested to give this a try.  I’ll let you know how it turns out!